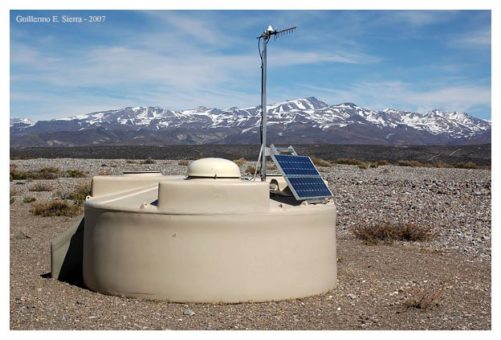 On the vast plain known as the Pampa Amarilla (yellow prairie) in western Argentina, the Pierre Auger Observatory is studying the highest-energy particles in the Universe, which hit the Earth from all directions, so-called cosmic rays. Cosmic rays with low to moderate energies are well understood, while those with extremely high energies remain highly mysterious. By detecting and studying these rare particles, the Pierre Auger Observatory is tackling the enigmas of their origin and existence.

AUGER is one of the supported international user communities in IBERGRID.